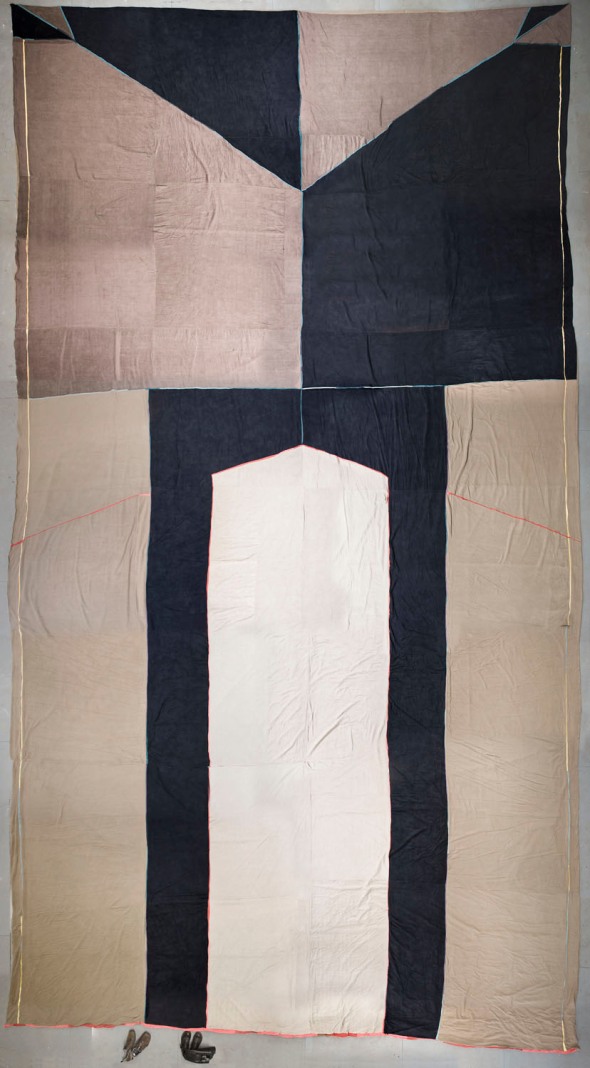 Clodagh Emoe is interested in artistic framework’s that motivate forms of collective gatherings. Her most recent projects include: Mystical Anarchism (2009), The Long Dark Night (2010), programmed in conjunction with her solo-show Cult of Engagement, Project Arts Centre, The Unveiling (2010), a piece of site-specific theatre engaging with the expectations of monumental sculpture in a project funded by Dublin City Council and the ongoing project, Metaphysical Longings, (2006-present) that have taken place at Pallas Heights, The National Gallery of Ireland and Galerie Sint-Lukas, Brussels. Clodagh holds a MFA, Chelsea College and a BFA, NCAD. She is currently a PhD researcher GradCAM/DIT. Her research by practice proposes an interpretation of aesthetics that seeks to depart from the position of speculation to one of active and discursive configuration between art and philosophy. Her work is included in the collections of IMMA, Limerick City Gallery, Kilfane Sculpture Garden, Anthony Reynolds and The University of the Arts, London.  She has received awards from The Arts Council of Ireland, Culture Ireland, South Dublin County Council, Dublin City Council, AHRB (UK) and the European Cultural Foundation.

Clodagh Emoe’s artistic practice uses liminality as a point of departure, and attempts to evoke this threshold state1 through forms of collective gathering. The interest in these encounters arises from their potential to initiate thought through affect. These gatherings have on many occasions taken place on a large mat (17×7 metres) which the artist made. This mat has been used as a platform for a number of projects, which include Mystical Anarchism (2009) with philosopher Simon Critchley, and the ongoing series Metaphysical Longings.

In the case of Mystical Anarchism, over one hundred participants gathered on this mat at midnight in a forest by the shore of the upper lake in Glendalough to listen to the philosopher’s intimate invocation of the thirteenth century Movement of the Free spirit, through the associated mystic Marguerite Porete’s strange handbook The Mirror of Simple and Annihilated Souls(and Who Remain Only in Wanting and Desire of Love). This handbook, which led to Porete’s charge of heresy and execution in 1310, outlines the seven stages that the soul must pass through to bring about a self-motivated transcendental encounter with divinity. In describing the anarchic practices of Porete and her cohorts in relation to institutional religion, this movement is proposed as exemplary of a utopian community. Through the coexistence of philosophical thought and experiential affect, Mystical Anarchism was concerned with the assembly of a space in which a consideration of utopian community might be possible.

In the case of Metaphysical Longings a gathering is also essential. This series has to date taken place over four occasions, on four separate sites – including a flat marked for demolition and an empty room of a museum at night. Each iteration uses forms of ‘psychic sleep’2 to explore the possibility of initiating situations, thoughts and sensations collectively. Metaphysical Longings explores through experience the potential of this moment of collective imagining to allow a departure from a traditional understanding of sense perception and wider aesthetics.

1. The term liminality is derived from the Latin limen, meaning threshold, and thus foregrounds some kind of departure or crossing over of boundaries. Although the term liminal first appeared in publication in the field of psychology in 1884, it was French ethnographer Arnold van Gennep (1873-1957) that fully formulated the term as the crucial stage in ritual where transformation occurs. The liminal stage is often associated with trance-like states where the initiate becomes stripped of their identity. Liminality gained currency beyond the field of ethnography and anthropology to the wider field of cultural theory through Scottish anthropologist Victor Turner’s (1920-1983) interpretation of this state as “betwixt and between”.

2. Psychic sleep describes a form of meditation used in Yoga, known as ‘Yoga Nidra’. The state of Yoga Nidra, conscious deep sleep, is beyond or subtler than the imagery and mental process of the waking. Participants are led through this process of meditation through a series of instructions of visualization.